Thank you to all who came to support! 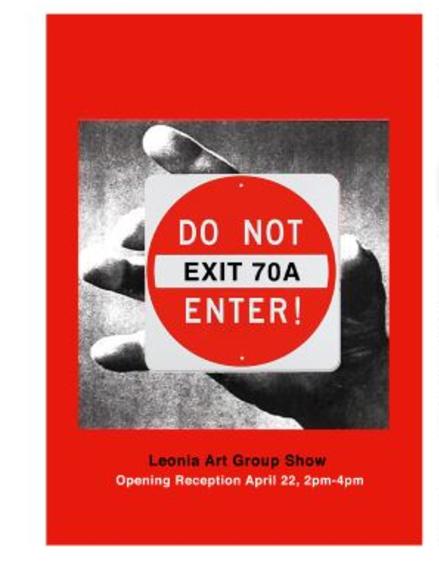 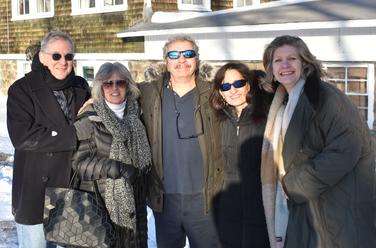 
Observation is where it begins and returns to. Abstraction and interpretation come out of observing. These are different art making processes in relationship to each other. Mindful marks are put to paper from that observation. The relationship forms on the surface between shapes and negative spaces. Dichotomies occur, rhythms occur, patterns occur. Out of looking at nature come the shapes and repeating patterns, like an organic geometry of forms.
Art is the visual decision making process. The interpretation is the how and the why of mark making. Such as the meticulous abbreviations of Chinese landscape paintings and calligraphy, these are the purposeful gestures of pigment on the surface that emits the direct energy of those visual ideas and observations. There is always a to and fro tugging between representational observation and the desire to change and abstract in art.
I found some of Mondrian’s thoughts about art making not dissimilar to mine,  “ The balanced relation is the purest representation of universality, of the harmony and unity which are inherent characteristics of the mind. …in the focus our attention on the balanced relation, we shall be able to see unity in natural things. …The rhythms of relations of color and size makes the absolute appear in the relativity of time and space….(it) is dualistic. …it is a direct expression of the universal; by its rhythm, by the material reality of its plastic form, it expresses the artist’s individual subjectivity. It thus unfolds before us a whole world of universal beauty without thereby renouncing the human element.”
The subject matter or content of my work is more universal, as are the influences for my works. My experiences in visiting and living in different countries have contributed to how my observations and memory of the local landscapes, architecture and cultural understandings have entered into my artworks. I feel a constant, yet un-conflicting dichotomy within myself and my art of the universal and the local. By dichotomy I mean, in seeing the cultural, iconographic, geographical commonalities in the world; while still understanding the intrinsic uniqueness that exist within place, distinct ethnic and aesthetic experience.
Specifically working from organic botanical observations, these shapes have given me endless sources of imagery. I see the horizontal compositions as story telling of botanical shapes like the Chinese tradition of opening a scroll to tell a story across a landscape. The imaginary shapes arise from direct observation and juxtapositions of shapes, then allowing them to naturally metamorphose into something beyond. Simultaneously the familiar and unfamiliar, the unique within the context of the universal, manifesting different layers and relationships of dichotomies.


I started collecting driftwood from the Long Island Sound, New Jersey shore and along the Hudson River about 15 years ago. I have lived near the Hudson River for twenty-five years. Spending a lot of time by the river, walking along the waterfront, looking New York acorss the river, the slow ascent of the Palisades northward apraleling the river, I have come to know where the water meets the rocks very well. Over this period , I have seen the drastic changes that have taken place at the river's edge. Having collected material for my sculptures from as far north as the Boat Launch under the George Washington Bridge, to as far south as the southern end of Liberty State Park, as well as Sandy Hook on the Jersey shore, the wood comes often from far further than that. The majority is found in that area and usually in the springtime, after big storms.


The subject matter or content of my work is more universal, as are the influences for my works. In visiting and living in different countries, I have absorbed the indigenous landscapes, architecture, ideas and cultures into my memory and artworks. I feel a constant, yet unconflicting dichotomy within myself and my art of the universal and the local. By dichotomy I mean, in seeing the commonality in the world through cultural terms. geographical similarities and artistic influences; while still understanding the intrinsic uniqueness of each place and distinct cultural interpretations.


The formal process of making these pieces comes about out of these interests by extension in looking at shapes; in transformations and abstractions of nature and its rhythms, such as the landscapes, trees, naturally made and manmade spaces.


Every work is made when each piece of wood is brought into its particular place within the sculpture by an organic necessity to create a new 'geometry' of form. The sculptures are made by assembling and constructing with unaltered and uncarved driftwood. I utilized the innate character of the wood, which originally drew me to collect that particular piece at the water's edge. The color of each sculpture is determined similarly, in that the character of the wood speaks on whether or not it should be painted, stained, inked or not. For me the shape and color of the wood, carry the simultaneous experiences of the universal and local, while also speaking of young - new and old - ancient, far - distant and near by, even dying and living.